Here's my take of Bob Smith's battle between the Scarlet Rogue (on the right), and Walks Backwards from the last 1/3 of his book, The Flock. 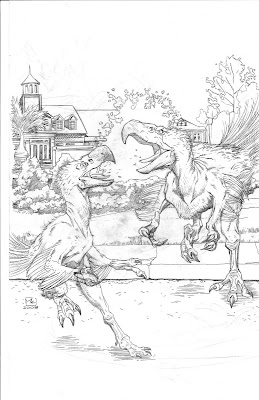 Because all of the cool kids were...

I was hitting the blogs and I noticed Eric Talbot and Mark (Not The Race Car Driver) Martin both posted turtles pics today. Heck, I can draw me a turtle...so I did. The first is a piece dating back to 2000 from an abhorted Gamera vs Godzilla piece that failed. The other is one I threw together in about 15 minutes. the Classic convention sketch done in markers and black Sharpie. 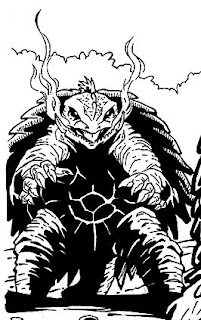 And here he is in all of his badness. Blood dripping off of his beak, looking rather nasty at ya! 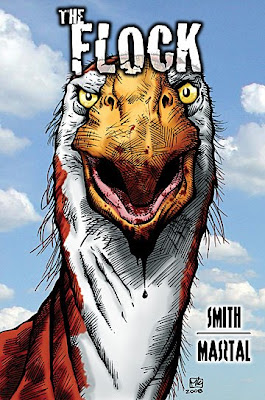 I was home this afternoon with some research material with me and I was determined to work on a frontal shot of those crazy Terror Birds. I was so happy with it so I inked it afterwards on a piece of vellum. Here's the tight pencils. Give me a day or so and I'll have the colored piece posted. 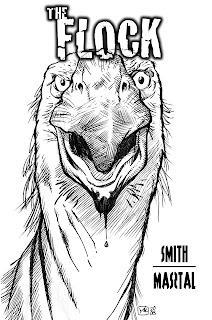 That means Baseball season is back and my wife and I can go back to our regular schedule of watching the Red Sox play. We have a real nice boss here and he gave us his blessing when the Red Sox World Series Trophies came to our local library and we could go see them and have our pictures taken. The event was in the brand new Chicopee Public Library and it's truly a beautiful building and all of the attendees were well behaved and the Red Sox reps were great along with Chicopee's Finest! 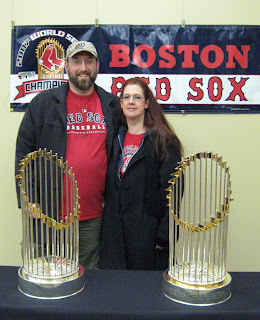 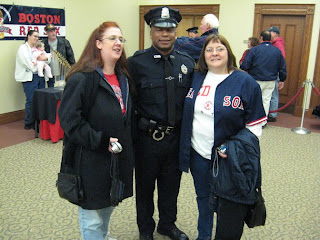 Did some doodling last night after laying out the entire proposed mini-series with my wife. She could tell I was very excited by the idea that I might get something published this decade! I drew out the rough on this, tightened it up a bit and scanned and P'Shop'd some greytones over it. Not bad for a teaser image or #1 cover. 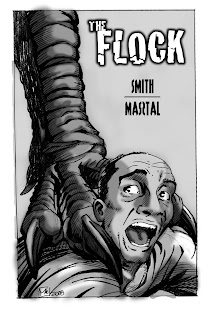 The Flock and Bob Smith 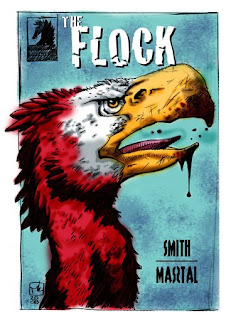 A few months ago I mentioned James Robert Smith's The Flock here and how it was recommended to me by my VT amigo Steve Bissette. I read the book and was wildly inspired by it and I wrote Bob Smith. I asked him if he had any short stories involving the Terror Birds and if he ever decided to publish them as a chapbook, I would be interested in doing some spot illustrations. So Bob wrote back and thought that would be great, however, he also has worked in comics so he mentioned graphic novel. I said I would be on board if he liked any sketches I did so I finally got something I liked, sketched, and then colored and sent it off to him. He liked it and wanted to forward it off to his Rep so it's off in the ether-verse hoping to start something wonderful.